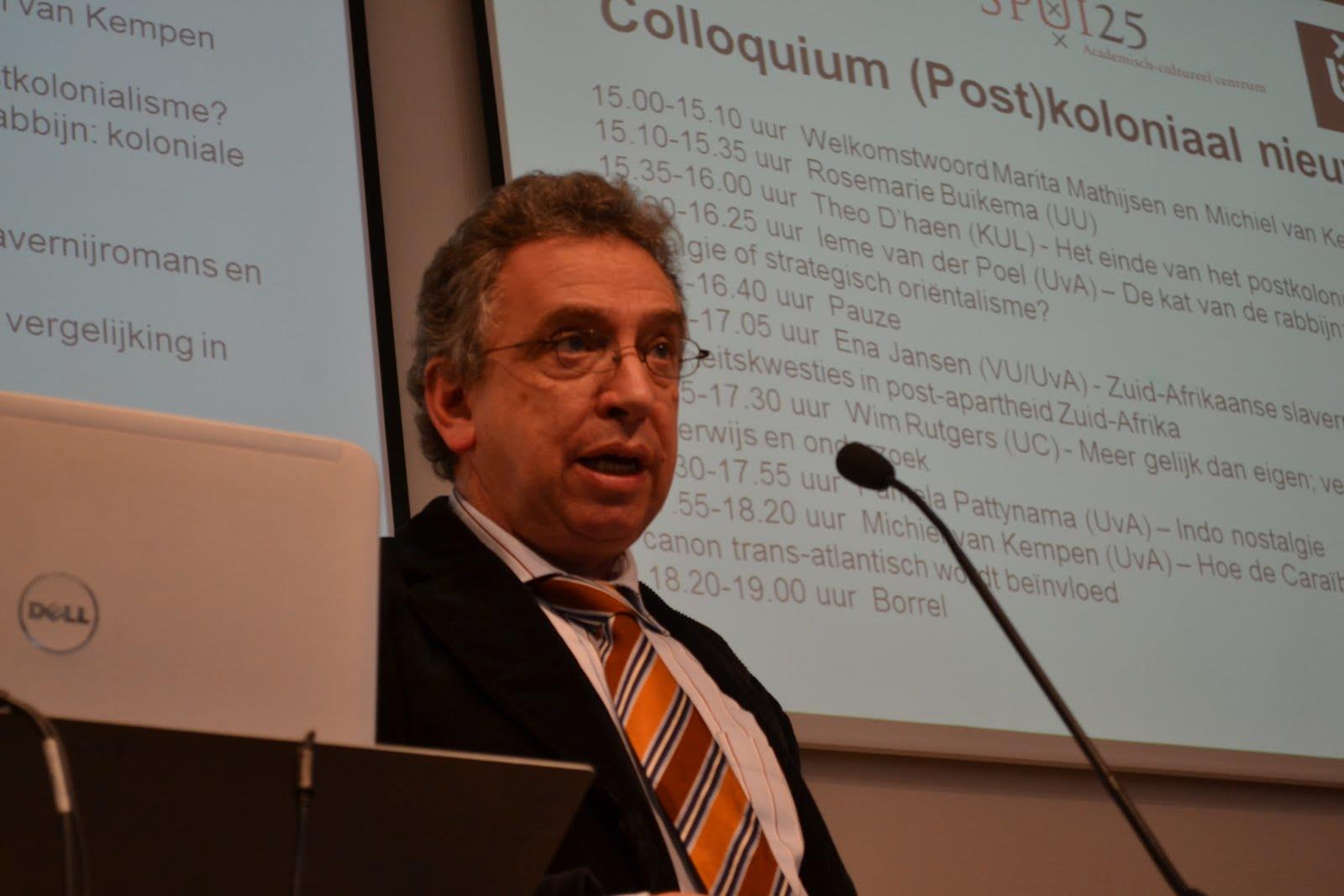 D’haen has worked as a simultaneous interpreter (Dutch, English, French, Spanish, German) for the European Commission (1973-74), and taught at Vanderbilt University (teaching assistant -
1972), the University of Massachusetts (teaching assistant 1974-75, teaching associate 1975-
1976, University Fellow 1976-1978), and Utrecht University, The Netherlands (Assistant Professor 1978-80, Associate Professor 1980-1986). He served as Full Professor and Chair of English and American Literature (1987-2005), Associate Dean of Humanities for Research Affairs (1992-1994), and as Pro-Rector (1998-2001) of Leiden University (The Netherlands). He served as Academic Director of the Dutch (nation-wide) Onderzoekschool Literatuurwetenschap/ Netherlands Graduate Research School for Literature 1999-2002.   As of 2002 he has been Professor of English, American and Comparative Literature at the University of Leuven (KU Leuven, in English usually called “Louvain”), Belgium, where he has also served as Director of the Centre for European Studies (2002-2007), and Head of the Research Unit Literary Relations and Post-National Identities (2005-2008). In all these institutions he sat on various committees (appointments, research, departmental structure, evaluation, etc.) and in Leiden and Leuven he has also served as Head of the Department of English. For courses taught at these institutions see further down.

Visiting scholar at IFUSS (International Forum for US Studies), University of Illinois, April 2014.

D’haen holds a Doctorate honoris causa from the University of Bucharest (2011) and is Honorary
Professor at Jiao Tong University in Shanghai, People’s Republic of China.

Editor-in-Chief of the Academia Europaea journal, The European Review (Cambridge University
Press), as of 2008.

Founding editor of Criticism in Translation (1976), DIVER: Magazine for Reading and Literature (1983-86), Post-War Literatures in English: A Lexicon of Contemporary Authors (1988-95), Postmodern Studies (1988-), and Textxet, Studies in Comparative Literature (1992-). Editor of Costerus New Series, Publications on Literature in English (1988-).

Service to the Profession

On-going research areas and teaching interests include modernism and postmodernism, colonialism and post-colonialism, popular genres, the relationship between literature, history and economics, and world literature.

May 2014 co-organization, with Prof. Wang Ning of Tsinghua and Jiao Tong universities, of a joint Tsinghua/Academia Europaea colloquium on “The Humanities and Social Sciences, Globalization, and China.” (proceedings to be published in the European Review in 2016).

Been invited to serve as European Director of a Sino-European Centre for Humanities and Social Development jointly organized by and at the Chinese Academy of Social Sciences (CASS) and the Academia Europaea.